You may not know Danny Trejo’s name, but you know his face. One of the meanest mugs in movies, the actor’s effortlessly intimidating glower has been a crucial component of rotgut genre pictures for the past quarter-century. I first noticed him in 1995’s “Desperado,” in which Trejo flung knives and stole scenes without uttering a single word—that dead-eyed stare did all the talking for him. With a whopping 385 IMDB credits to his name, Trejo has terrorized thousands in countless cheapo action efforts, charmed children in the “Spy Kids” pictures, and the man known as Machete has even monkeyed around with the Muppets. INMATE #1: THE RISE OF DANNY TREJO takes its title from the actor’s usual billing during the early days of his career, though it’s noted he also often played “Gangster #1,” “Cholo #1,” and “Ese #1.” What we learn from this unexpectedly emotional documentary is that Trejo’s onscreen authenticity is rooted very much in real-life experience.

Growing up in Pacoima in Los Angeles’ San Fernando Valley, young Danny idolized his gangster uncle Gilbert, who instructed the young lad in the finer points of armed robbery and gave him his first shot of heroin at age 12. In and out of juvenile halls for most of his childhood, Trejo eventually graduated to San Quentin, where he became a dominant force both in the boxing ring and on the yard. Tattooed all over his chest and upper body decades before that became something the cool kids did, Trejo was a fearsome presence who realized he was blossoming into a sociopath the day he caught himself getting mad because the savage beating of a fellow inmate had ruined his afternoon game of dominoes.

He speaks these days with a wry smile and an aura of genuine goodwill. Danny Trejo’s not supposed to be here, and he knows it. During a prison riot in 1968 he clobbered a corrections officer in the head with a rock, and at that time the attempted murder of a guard was a death penalty offense. After weeks in solitary confinement spent singing and acting out “The Wizard Of Oz” to try and stay sane, Trejo narrowly escaped an inevitable execution when the injured party couldn’t positively identify him. (He must have really scrambled that guy’s eggs—how do you not pick Danny Trejo out of a lineup?) Life doesn’t give out many second chances like that, and when he was paroled the following year, Trejo took his and ran with it.

His first stop after getting out was an AA meeting, in part because he’d been impressed with how welcoming everybody was when he and his buddies robbed one a few years before. A broke and contrite Trejo moved back in with his parents, and when Uncle Gilbert showed up with a thousand dollars and two bricks of heroin to sell, Danny handed the drugs back and told him where to go. (“Of course, I kept the money,” he smiles.) Trejo instead spent his newly sober days working menial jobs, delivering groceries to the elderly, and eventually becoming a drug counselor.

Trejo was helping out a pal from the program when he wound up on the soundstage prison set of Andrey Konchalovsky’s “Runaway Train.” His leathery visage immediately caught the eye of the director, who hired him as an extra on the spot. But maybe more importantly, Trejo was recognized by the film’s screenwriter Eddie Bunker (Mr. Blue in Tarantino’s “Reservoir Dogs”), the legendary ex-con crime novelist who’d served time with him in San Quentin. The best parts of “Inmate #1” detail Eddie’s efforts to help Trejo get ahead in Hollywood, two knockaround guys from the streets who happened upon the score of a lifetime.

After a harrowing first half, the rest of the documentary is almost relentlessly upbeat. Warm and funny anecdotes abound, and I was especially taken with tales of Robert De Niro’s generous treatment of his “Heat” and “Machete” co-star. “So Danny, how do you want to do this scene?” he asked the then-neophyte actor on the set of Michael Mann’s 1995 opus. (Fun trivia for “Heat” fanatics: Trejo’s character in the film is indeed named after the notorious Uncle Gilbert, who had been a big help to Mann almost 20 years before when he shot “The Jericho Mile” on location in Folsom Prison.) De Niro is also said to have told Trejo, “Take whatever roles they offer you, because these people have short memories,” which explains a lot about both of their careers, I guess.

From a filmmaking standpoint, “Inmate #1” has about five or six too many endings, and the championing of Trejo’s tireless charity work for prisoners and at-risk kids borders on one-note hagiography. But on a human level it’s enormously moving to watch someone strive so hard to give back to the community and his fellow man, hoping he can help someone else get the kind of second chance with which Danny Trejo was blessed.••• 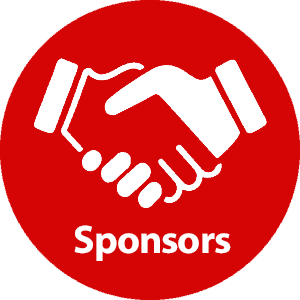